Sharing the Passion for ‘Moms’ Night Out’

No one would argue that Motherhood is the most difficult yet rewarding job anyone could pursue.  As a mom of four, I also know how valuable a moms’ night out can be to my sanity. This was my motivation in creating National Mom’s Nite Out in 2007. Moms certainly agreed with the importance of a night off, with more moms joining us every year – this year topped 11 million –  on the Thursday before Mother’s Day in our annual celebration of motherhood.  But moms aren’t the only ones getting into the spirit and joy of a night off. The concept of “Moms’ Night Out” is now a movie scheduled to hit the big screen in 2014. (MomsNightOutMovie.com) Produced by Kevin Downes to be distributed by AFFIRM Films (a division of Sony Pictures) and Provident Films, ‘Mom’s Night Out’ is a fast-paced, family comedy about four moms scheduling a night out where everything can and will go wrong, yet it all turns out just fine in the end. No matter how well-organized moms are, we can all tell the same story or two about a night out going awry! The film features a fantastic lineup of stars like Sarah Drew (Grey’s Anatomy), Sean Astin (THE LORD OF THE RINGS), Patricia Heaton (Everybody Loves Raymond, The Middle), Alex Kendrick (COURAGEOUS), Robert Amaya (COURAGEOUS), Andrea Logan White (REVELATION ROAD) and Kevin Downes (COURAGEOUS). Platinum-selling country recording artist Trace Adkins (THE LINCOLN LAWYER) is “Bones,” a philosophical tattoo artist with a checkered past and a load of wisdom.

Recently, I was invited to Birmingham, Alabama to watch the filming of ‘Moms’ Night Out’.  To describe it as an amazing experience would be an understatement. The celebrities were welcoming and the energy on the set was like nothing I’ve ever felt around motherhood.  However, a more compelling and interesting angle to the movie emerged during my trip to the movie set.

I discovered that this isn’t a big budget film, but because of the passion that the A-list cast has for the importance of moms and the work they do, the directors were able to attract big budget talent.  Patricia Heaton, a mother of four, is committed to sending a positive message about motherhood; she does it amazingly well through humor. Trace Adkins, a father of four daughters and dedicated husband, enjoyed doing the film for the same reason.  One of the most impressive parts of my visit and a highlight was meeting the two young wives of the directors, each mothers of young children.  Their stories of motherhood were amusing and unlike other films, the directors turned to their wives for insights.  The women, both native Alabamans, were delightful with their southern charm. One even announced to us that she is expecting another child about the time that the film release next year.

We are excited to see the film. The clips were hilarious and most importantly, accurate in portraying the situations most of us have found ourselves at one time or another (and probaby more than that) in the wonderful world of parenting.

We look forward to linking National Mom’s Nite Out and ‘Moms’ Night Out’, the movie, to give moms more than one reason to take the night off.

Guest Post by Maria Bailey – the woman behind Mom’s Nite Out, CEO of BSM Media, Host of Mom Talk Radio, Co-Founder of BlueSuitMom.com, Founder of MomSelect, MomTV, and SmartMomSolutions and Author of Power Moms, Mom 3.0, Trillion-Dollar Moms, and Marketing to Moms. 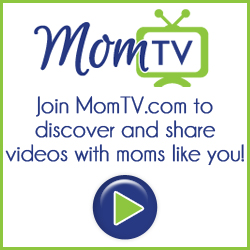